Dubbed as one of the richest men on earth, he also known as the lavish host just like his father was.

On 1955, HRH Ibrahim of Johore thrown a $ 1 Million party, one held at Johor Bahru in September 1955, and the other one at Grosvenor House UK on December 1955, which is known quite cost him that much. 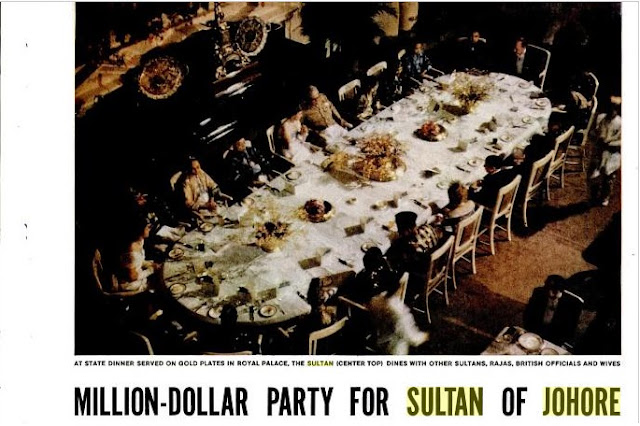 This is the last event, where the famous "Gold Set Dinner of Lord Allenborough"* were last seen and used at the State Dinner. It is believe those Gold Plated and Cutlery were still lock and store at an impregnable black steel in Istana Besar. 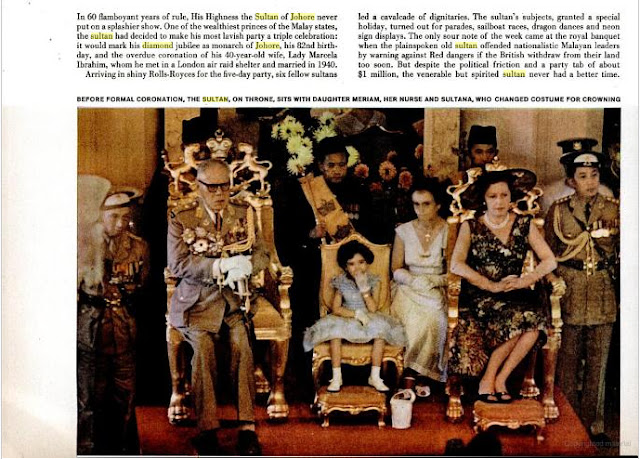 47 Thieves to be exact.
In mainstream media.. particularly from Singapore's source... some reports details on Indian Mutiny were missing ; in pointing out the direct roles of HH Sultan Ibrahim, lead his own army, by his own command in capturing 432 fully armed renegades from British Army.. 47 killed by this thieves.. mostly high ranked British officer.. and 1 from JMF army.This event has shock the foundation of British Rules in Singapore.. The Colonial British in Singapore desperately seeks helps from detechment armies of Russia, French dan Jepun.. but, in the end... The Brassball HH Sultan Ibrahim managed to put down the rebellion without firing a single bullet..The Twisted HistorySingapore historian try to denying fact that is no direct role by Sultan Ibrahim, by not mentioning his roles and JMF roles over the incident.. Somehow, these document.. produced by Johore Royal Courts in 1955, shed a glimpse of the incidents : 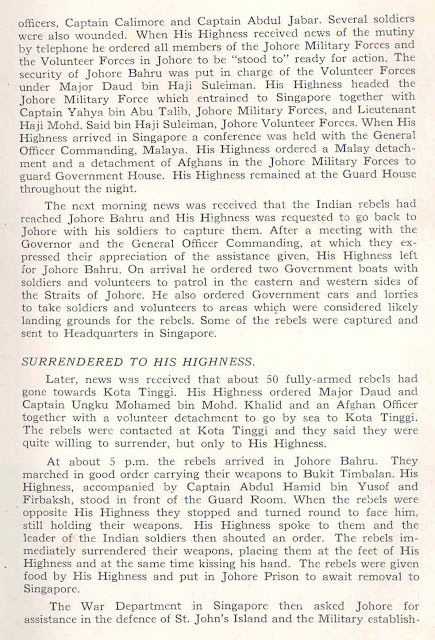 432 mutineers... were taken from Kota Tinggi's jungle.  They were still equipped with fully loaded guns and armor... seeks audience with the Sultan, kiss his hand.. and lay down their guns and ammunitions at the feet of Sultan.THE ORIGIN OF NICKNAME "BRASSBALL"This is fully loaded gun.. and the sultan only few feet away.. the rebel easily catch the sultan and held ransom for their freedom = on which the British Government must obey.. But, it not happen.. One.. plus another and another brassball incident of showing off his bravery in cheating death lead him to be known as 'the oxonion brassball' by Scottish newspaper... and.. that is why i refer him as the "Brassball"..this is how the 'Legend' started.ANOTHER ACCOUNT ; FROM COLONIAL OFFICE UKLong after that.. I found this written account of HH Ibrahim himself to British Military Administration, detailing his roles and JMF pertaining this incidents. 95 years ago. 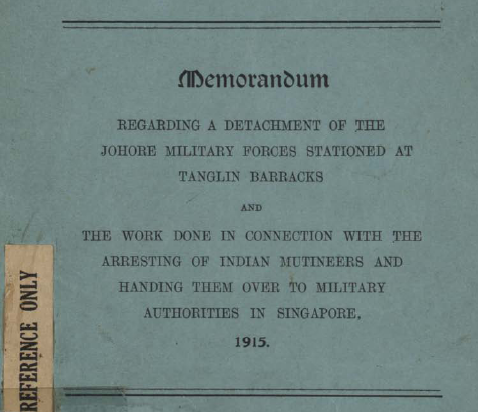 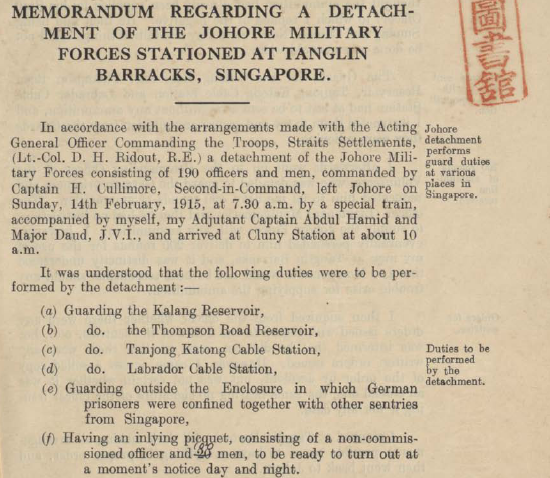 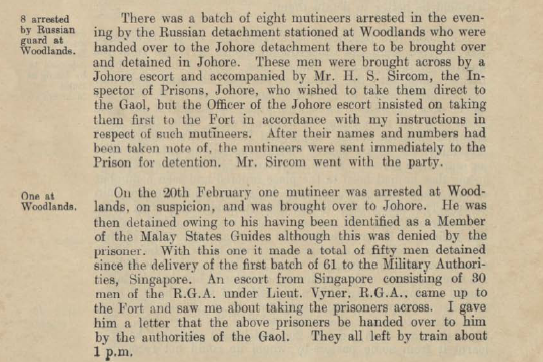 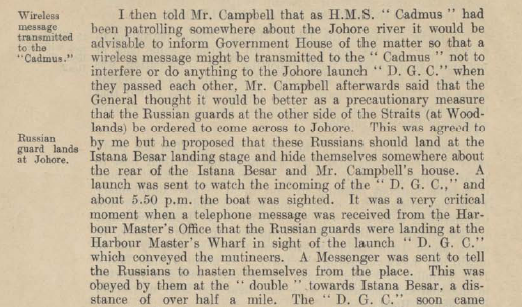 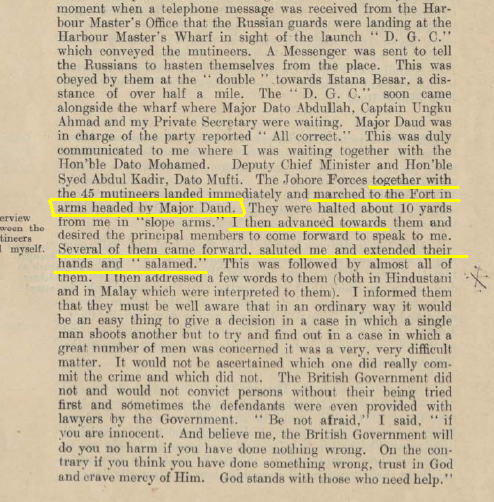 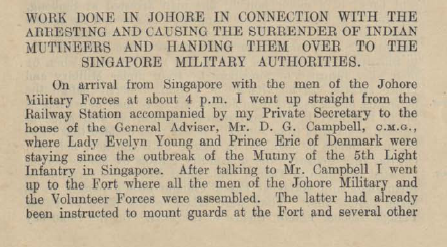 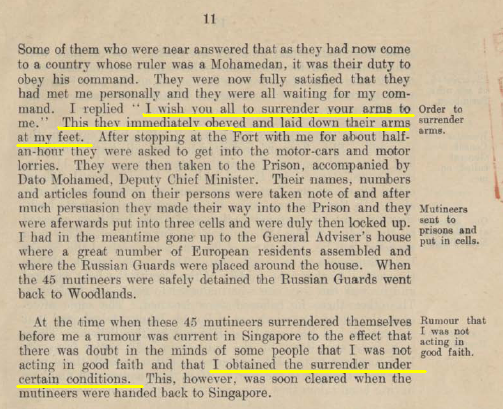 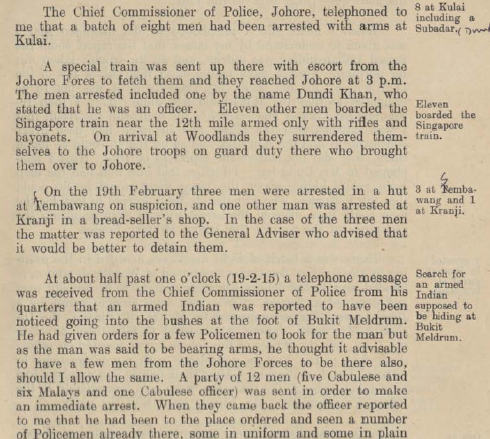 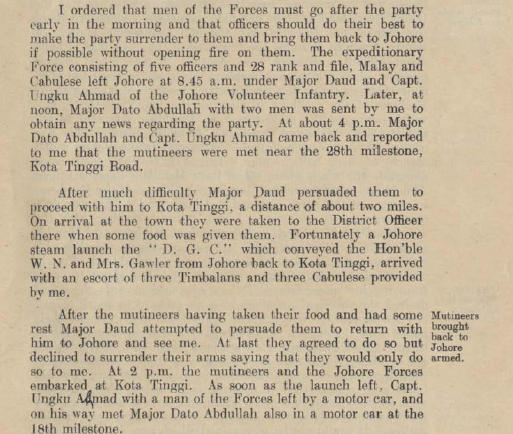 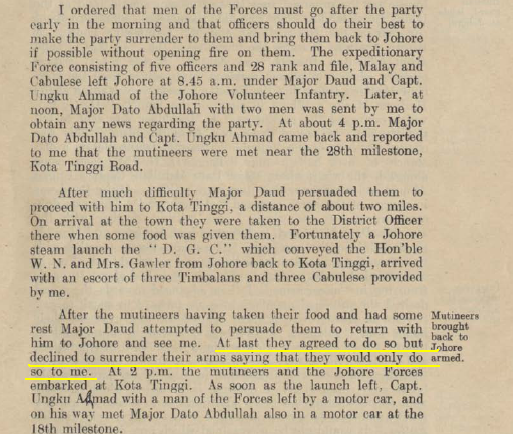 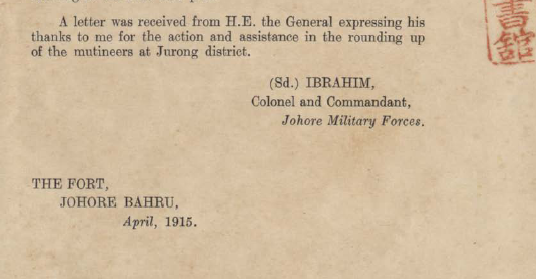 PUZZLING FACTSIn the same documents, there is mentioned about the place name "The Fort".. or known as Commanding Fort.Little mentioned about "The Fort", but, here is where the place known today as Bukit Timbalan.  Before 1930's, the area were surrounding by Army Camps and defense line equipped with Canons and Gatling Machine Guns overlooking the Johor Straits and Johor Bahru Town, thus earned the nickname as "The Fort". 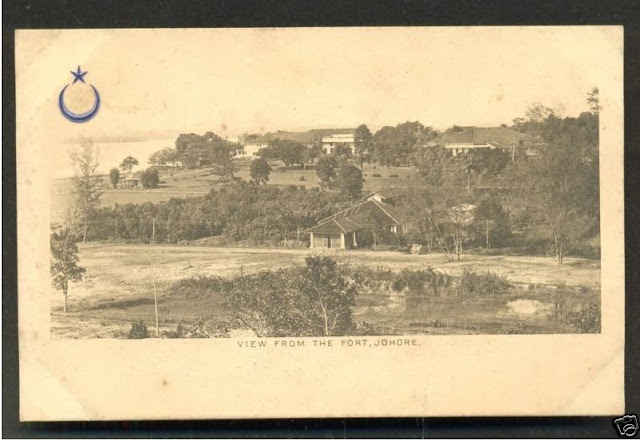