"F 1782" is the Cypher etched at Canons buried in Pulau Aur.  Local history recorded that those canons were from Dutch ship.. wrecked in attack by Malay pirate near Pulau Aur.

Pada 1849, JT Thompson.. a British officer doing survey in Pulau Aur recorded that there were 1 large canon laying infront of the house of tribal leader of Pulau Aur.  And 4 other canons buried at the coast of Pulau Aur.

In 1980's.. Badan Warisan Johor recorded the picture of that canons.. which i lost in my collection.

100 years later.. in 1948, bila CA Gibson Hill  went to Pekan, Pahang.. there were similar canons lies infron of Kota Beram Palace.. cypher "F" with 1782 marked on the side of the cannon.

So... in 1948.. Dato' Dalam, Pahaang minister recorded that those canons were confiscated from Tok Kaya Bichol who went at war with Dutch.. whose "Bichol" were later known as Tun Koris.. a elder son of Bendahara Tun Mutahir.

When pahang were at war with Sultan Abu Bakar Johore.. Tun Ahmad conqued Pulau Aur and taken the canons back to Pekan.

In Pahang Annals recorded that Tun Ahmad confiscated 4 canons.. 2 of which were lost at sea near Sungai Pulau Tambun.. while 2 of it were taken to Istana Kota Beram Pekan Mosque.

Both of the canons were still there till today.

A classical reference can be seen in books published by Badan Warisan Johor.. quite imiginative, saying that these canons.. in certain numbers of days of a year, exploded themself.  The booming sound can be heard as far as Pekan Pahang.. 160km away.. calling the other canons (which lay in Kota Beram Palace).

Ain't believe this shit.. but.. in 1982.. HMS Raja Jarom, a Malaysian Royal Frigate were ordered to take 3 of these canons in Pulau Aur and transported it to Johor Palace.  2 smaller canons were taken away.. while 1 large canon were left unmolested at the beach.

2 months after HMS Raja Jarom visits Pulau Aur and taken those canons.. she were involve in bloody accident near the coast of Singapore.. 3 Malaysian Royal Navy deads. All of them having same name.. "Ahmad".. and all of them were in charge in transferring the canons to Johor palace.

In 1849.. JT Thompson reported that.. 1 canon in house of tribal leader of Pulau Aur

That for you to find out

Those canons are there... but their 'treasures' and the shipwreck... just lie not far from.......WT"F".  hahahahahahahahhaa

Untold History : The Real Hang Tii Poo is Chinese for sure


http://1christians.blogspot.com/2012/01/don-hang-tuah-hang-jebat-and-hang-li-po.html
It was cheered and applauded by communist Batu Api over the country.. :

according to their "Experts" :

- Hang Tuah and his gangland band was Chinese
- Hang Li Po is absolutely Chinese female
- All of them were brought by Admiral Zheng He to Malacca.... then offer them office in royal courts and positions in the army

Little that they knew, their temberang were baseless :

Admiral Zhange He.. according to 'their' expert.. was brought Puteri Hang Li Po to Malacca under the reign of Sultan Mansur Syah in 1456-1477...

and... suddenly.. all the Batu Api began to rejoice and planting the idea that Hang Tuah and his gangland 5 were Chinese.. BECAUSE THEY serving the Sultan Mansur Syah during Hang Li Po's time.. which also means "Hang" were Chinese family names appied to Tuah and Li Po...

I expect the those Batu Api were good in simple Math... but here, obviously they got hallucinated

Portuguese bina.. then, strenghten by Dutch.. but later, bombarded by British.  This one.. surveyed in end of 1700's berdasarkan  description yg di bagitau oleh Abdullah Munshi.

- Pirate Coves in Pirate of Carrebean is the real "Blangah Cove" in Singapore.. also known to British explorer in 1800's as "Pirate Cove"
Kreated by : Mo Razzi at 23:32 6 comments:

Albert Memorial is one of the amazing feats in Victorian building.  It towering 176 ft height and tooks 10 years to complete. 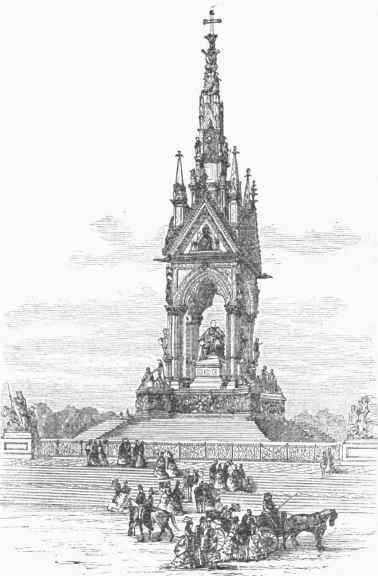 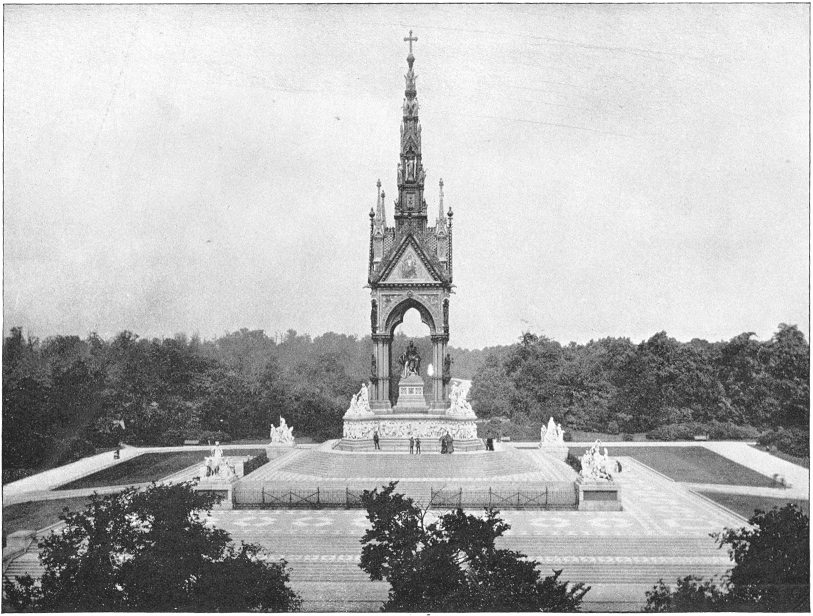 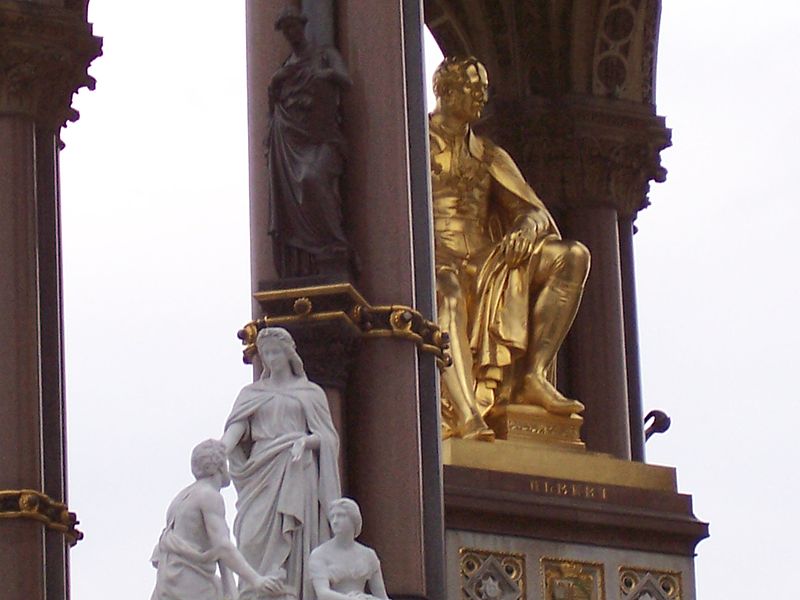 In 1887, Sultan of Johore, HRH Sir Albert Baker was ordered to cast him this memorial into Gold and Silver.  It was presented to Queen Victoria during her Golden Jubilee at cost of.... surely few hundred million pounds worth of today's value... 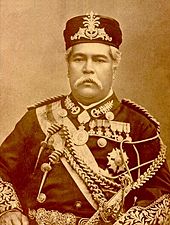 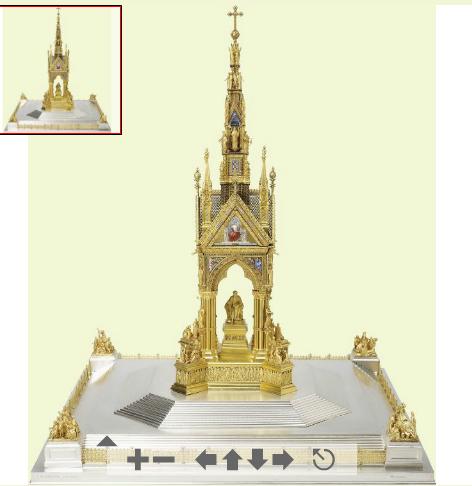 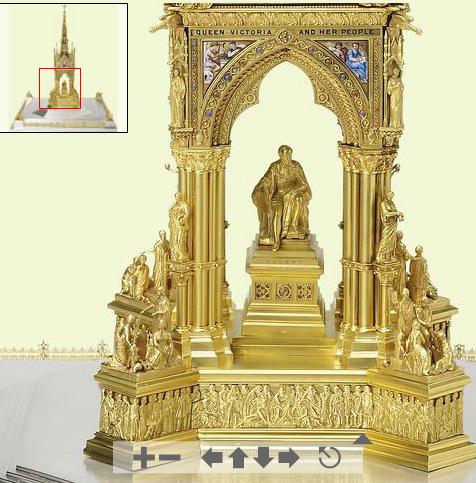 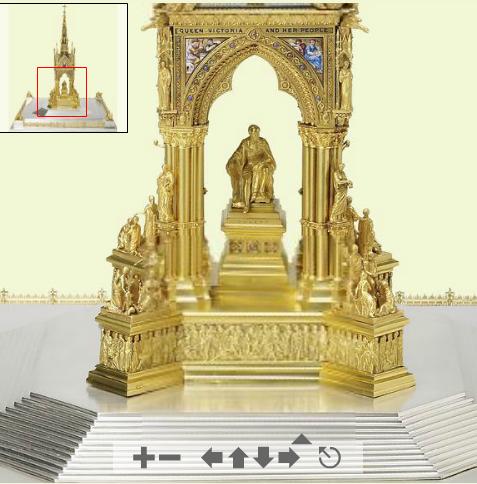 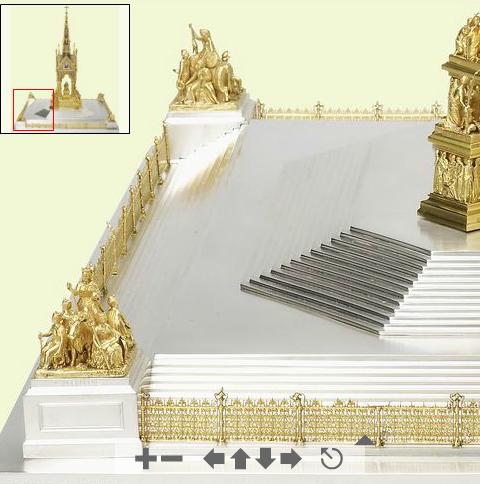 The Sultan retain his favorite Watchmaker to mold him this statue... not a Goldsmith..  = JW Benson.. as where you may find here : http://untoldhistoriesofmalaya.blogspot.com/2012/01/this-is-works-of-jw-benson.html 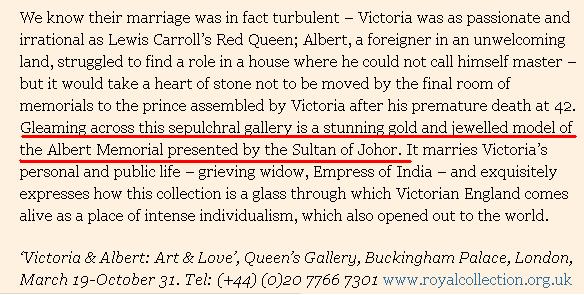 And today.. the replica made by Gold, Silver and Enamel still stood at Buckingham Palace waiting for us to steal it back from where it belong..
Kreated by : Mo Razzi at 21:22 1 comment: 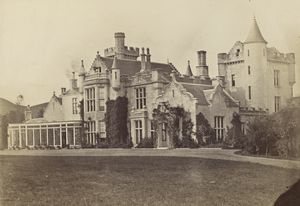 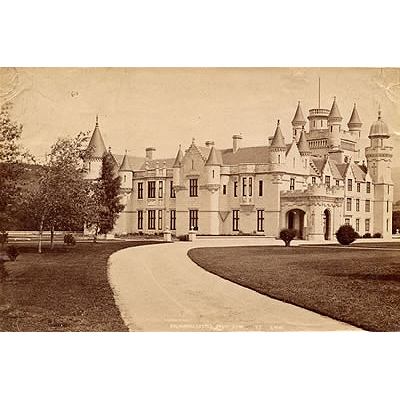 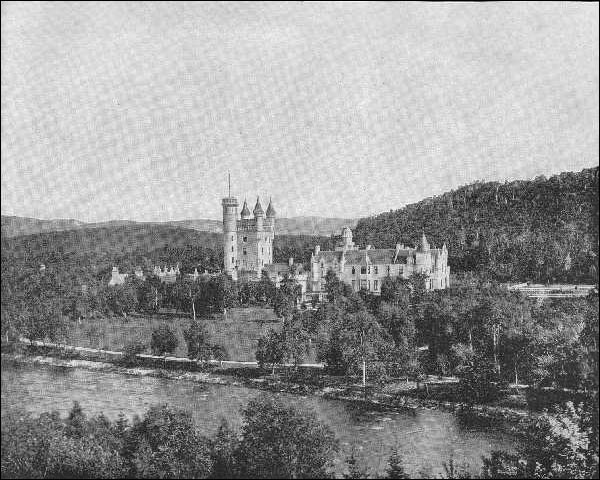 HH Albert Baker was awarded with Tartan Scottish.. = with special design REGISTERED under his name by Queen Victoria. 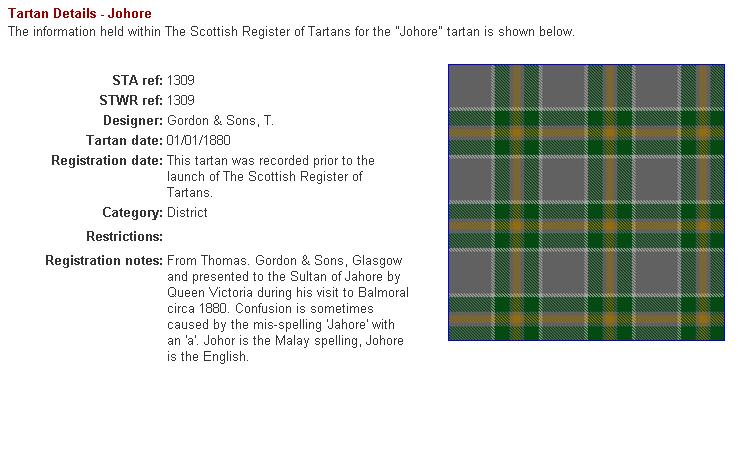 This is trademark for HH Abu BAkar and all his descendant... similarly Scottish Clan of Clan McLeod, McKenzie etc. di Scotland..  each of them has distinctive own Tartan... but.. this time... not a Scottish.. but Malay Sultan.

Sultan Ibrahim was awarded Tartan no. 260.. = REGISTERED for him and his JMF  thus named  "Tartan Johore Regiment" afterward. 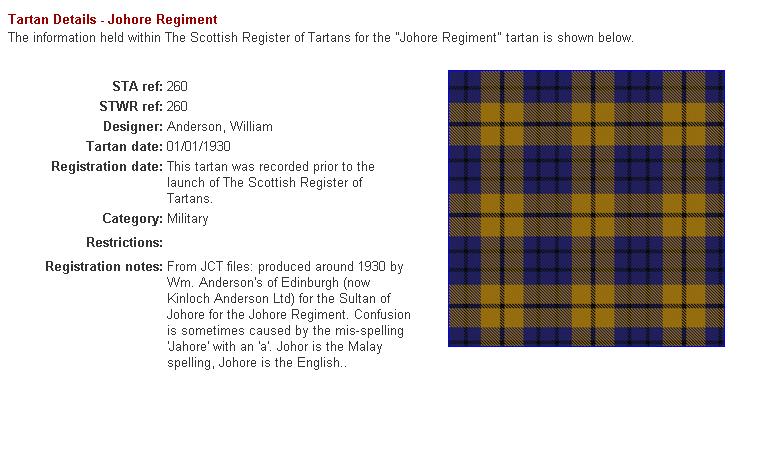 But pity... non of these Tartan was used by Johor Royalty.. let alone their infamous Regiment.
Kreated by : Mo Razzi at 01:28 4 comments: 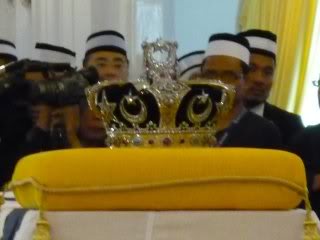 This is the works of JW Benson.. a watchmaker.. not a jeweller.. from London in 1885


It was inlaid with Diamonds, and other precious stones.. origin of those diamond is unknown, but.. some says from Brazil and Africa, some says it came down from Lord Allenborough, the owner of the cursed gold dining set owned by HH Albert Baker OR.. the famous legends said, it comes direct from the treasure of "Kota Perbendaharaan Permata" by orang asli sometimes in 1880's..

Renown watchmaker amongst the British and Russian Aristocrat... worths million now in antiquity market... and one of his remarkable work still standing at Teluk Anson's Leaning Tower at Perak

How they influenced HH Albert Baker to make them made a Crown??? unknown..... The Johore State Crown is the only 1 crown made by J.W Benson. 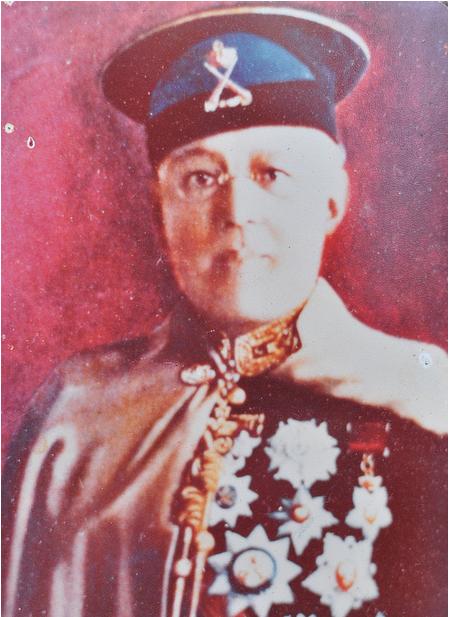 He also made the Crown of Queen Victoria from Koh-I-Noor's diamond, which is known to have bloody curse

and he also made all the Johor State's Medallion from gold and silver inlaid with beautiful enamel.. from 1885 to 1960's

He is not giving opportunity to made the Crown State of Johor...