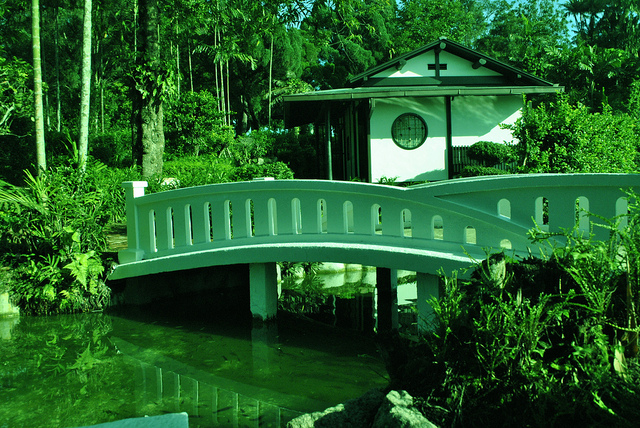 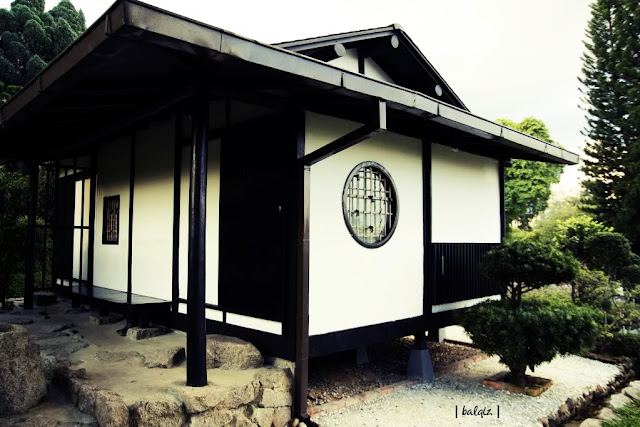 Frequent visitors to Taman Bunga Istana Besar Johor, this is just a small Japanese house in the foot of Bukit Bintang hill near Istana with beautiful garden.

But for people who live longer than 150 years, this Japanese house was really meant something which was hidden in history for many many years.  It not just a house.. it's a Japanese soil itself.

Everything from nails, woods, roofs, plants, flowers, fishes etc. etc. was TRANSPORTED in one piece from Japan during HH Abu Bakar visits in 1883, presented by HH Emperor of Japan itself inside .

However, it was recorded that the house was presented by Crown Prince of Japan to HH Ibrahim in 1934 ONLY. 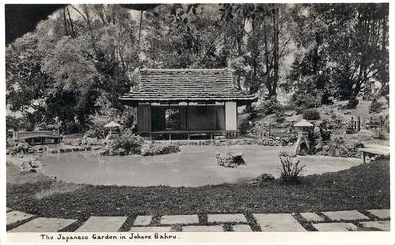 However, his old monogram was predates 1934, probably sometimes in 1920's in its original form.

And.. stories related to this that HH Abu Bakar was married a Japanese girl presented by HH Emperor of Japan, in Untold History : Maria Ozawa and Sultan Johore which later happened to resided in Istana Besar until 1895.  This garden was reflection or his love for Japan.

That is the original design of the house, I really don't know which stupids changed it into current outlooks. Now, compare : 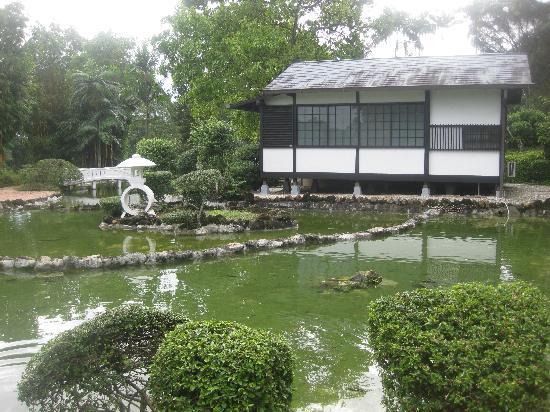 Ugly and no historical value.

This house was later become a favorite meeting place between HH Ibrahim and Marquis Tokugawa whenever he visited Istana Besar before 1942.  It was later used by General Yamashita for his resting place and General ( I really forgot his name .. Yoshi something) which was convicted of war crime after WW2 and banished to Johore.

So.. there was alot of thing going on in that small house.. so beware when you snap a picture

Imagine this.. you are living somewhere in Johor Bahru in 1860's.

The only transport available to cross over to Singapore is using Sampan... or swim thru crocodile infested straits.

Prior to 1920's, there were several jetty or landing place stretch along the Tebrau Coast.  The infamous one is the "Pengkalan Dewan".. used for Royal Johore.

It was situated right across "Dewan" in Istana Besar, loooong before they done major reclamation along the Lido, the stair was leading straight to Pengkalan. There was no road cut across Pengkalan and tangga istana until 1890's. Now you know the real function of 'broad stairways' in Istana Besar.. meant to be for visitors departure from the sea. 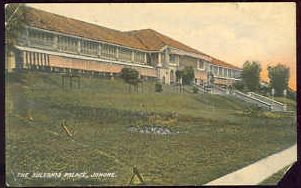 There were few accounts recorded such occasion ; from tales of Duke Sutherland.. to funeral of HH Abu Bakar where's all 12 Johore State ships were line up in Pengkalan Dewan. Here' is the glimpse : 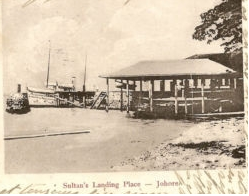 WTF?? They should look on these angle before they built the Waterfront City.